Flaxseed can help you with 14 diseases including cancer

Home /Health/Flaxseed can help you with 14 diseases including cancer 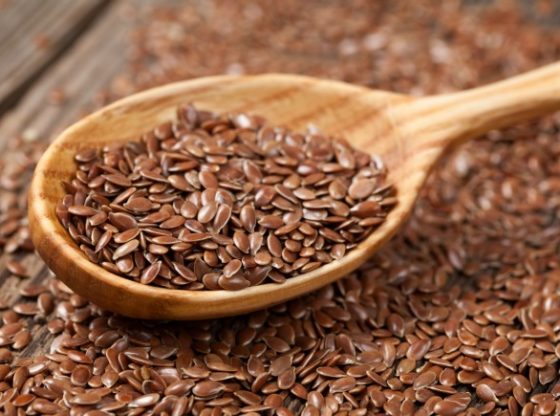 The flaxseed is beneficial in preventing and treating many diseases and it also helps in the diet. Its most important ingredient is the fluid that is released in contact with water, but all of its properties are best experienced when using ground. It is a rich source of omega-3 fatty acids, and vitamins and trace elements (calcium, potassium, phosphorus, zinc, manganese, selenium) and it also contains phytoestrogens – many hormones whose chemical structure is similar to that of the estrogen. Its thin shell is indigestible, and it is rich in cellulose fibers. The healing properties of the flaxseed are known since antiquity and recommended in the treatment and prevention of various diseases – very helpful in reducing cholesterol and prevention of cardiovascular diseases. Omega-3 fatty acids favorably affect the lowering of the blood pressure, and it contains alpha-linolenic acid, which reduces the risk of heart attack and cancer.

The flaxseed reduces the level of glucose in the blood

It is very useful in stabilizing blood sugar and if you are a person who suffer from diabetes, the flaxseed is the best choice.

Its action against inflammation helps with arthritis and eases the symptoms, but it is also a natural laxative. The flaxseed swells in the intestines and it discharges mucus, which regulates digestion in a noninvasive way. This same feature alleviates symptoms caused by the occurrence of hemorrhoids. Due to the high level of mucus it helps with dry unproductive cough – facilitates expectoration and reduces cough; it is also recommended to be used in a combination with mallow for this particular purpose. Because of the phytoestrogens and oligo elements, it is recommended for women who are in menopause – a great alternative to estrogen therapy and acts preventively to osteoporosis.

Preventively and as a means for additional support in the treatment of breast cancer, the flaxseed is recommended due to lignite which has an antioxidant and anticancer effect. The flaxseed is good in the prevention of prostate cancer and colon, stomach ulcer and gastritis Due to the high level of mucus, it has a healing effect in all aspects of the digestive system. It binds toxins – salts of heavy metals from the intestine and thus it discharges them from the body and has an important role in detoxification. The regenerative capacity of the flaxseed shows its properties on the skin and you can use it for eczema, psoriasis and acne. The eating of flaxseed has a positive effect on the mental state, thus reducing the risk of depression and helps with memory and learning. Due to the high amount of dietary fibers, the flaxseed is a good addition to any reductive diet that gives support to the diet and weight loss. You can use the flaxseeds whole, minced, as a tea or in the form of cold-pressed oil. Here are some ways to prepare flaxseed for various needs: For better digestion (constipation, hemorrhoids) you need to cover two teaspoons of flaxseed with 230 ml boiling water. Stir it, and let it for about an hour. During that time, the flaxseed mucus is discharged and it’s mixed with water, so you get a dense iced tea. This fluid should be put in a cup and you should drink it in the morning on an empty stomach.

In the prevention of heart disease and stroke

In the prevention of heart disease and stroke use ground flaxseed. Drink two tablespoons grind flaxseed with a lot of water. Instead of ground seeds, you can take a tablespoon of flaxseed oil.

In the prevention and treatment of osteoporosis, you should use a mixture of honey, flaxseeds, sunflower seeds, pumpkin, and nuts. You need to mix equal amounts (one tablespoon) of the grind seeds and nuts with 500 grams of honey. Takke one teaspoon of this mixture every morning. To treat a dry cough the recipe is as follow: Mix equal amounts of flaxseed and black mallow. Take two tablespoons of this mixture and pour them with 2 deciliters of boiling water. Leave it and then strain. Drink this tea in small quantities throughout the day. In the treatment of skin diseases use a mixture of flax oil and sesame oil in equal amounts. Then add 10 drops of rosemary oil. Put this mixture on the problematic parts of the skin (eczema, psoriasis). It is also quite effective in the treatment of seborrhea. For this purpose, you should rub the oil gently in the scalp. This mixture of oils is also great for dry and sensitive hair.

YOU MAY ALSO LIKE: Healthy foods that help to avoid thyroid disease